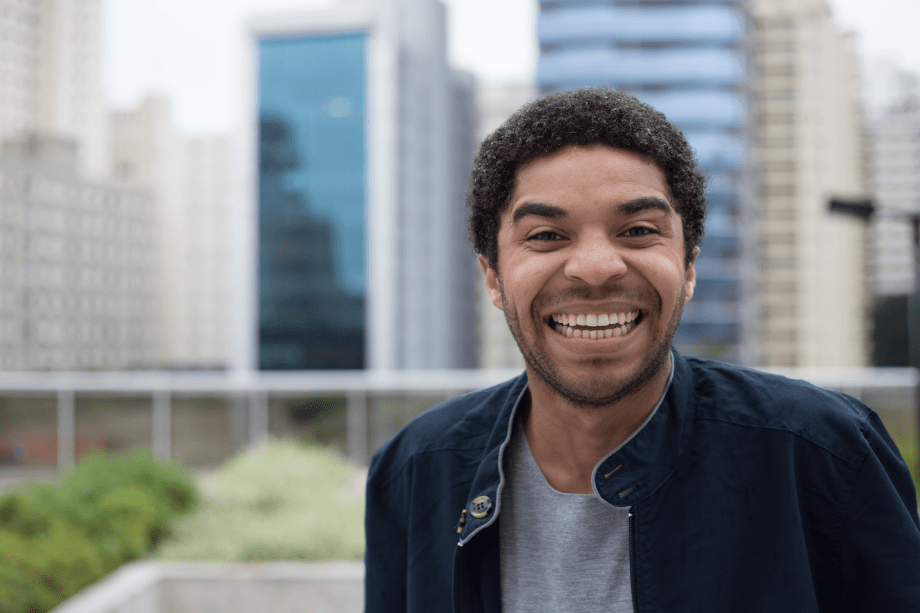 Shining Shoes, But Dreaming of a Different Career

In the neighborhood where Luiz grew up, in the city of Embu das Artes, it was normal to see kids leave home to work as shoe shiners in the state capital, São Paulo. Luiz learned the trade with his older brother, and this was his main occupation until his experience with Generation.

“I knew I wanted to go to college, but I needed to find something that fits in with my situation. I used to work at a trading company as well, as a shoe shiner, and I thought I’ll study this area and try to get an opportunity here”. He found the perfect program: a two-year course with a fee he could afford. However, after completing the course, he couldn’t find a job, even in the trading company he knew — which by then had shrunk — or in other companies, for two long years.

An Opportunity in Technology

Back then, Luiz didn’t imagine he would find a world of possibilities in the technology field. In spite of his long-term curiosity about the area, he thought about it as an environment where only extremely intelligent people could succeed. His friends, who worked in the sector encouraged him to at least try, “There were so many options that I didn’t even know where to begin. I couldn’t afford a degree, but I got a scholarship to study a short-term course on the basics of programming language. It helped me a lot, I realized I could learn and work with technology!” Four months later, he joined the first Generation class in Brazil in Java Development.

Luiz read the description of the program, the curriculum, and the support the Java Junior Developer bootcamp offered, including providing help with transportation and other costs, and thought it perfectly fit his needs. “I am impressed, Generation is amazing. They did more than what they promised. They promised a course and an opportunity to interview with big companies. But for me, they did a lot more.”

Luiz has accepted an offer to work in the data security and fraud prevention team at a major bank in Brazil, a company that would have been a dream job for him before.

“I want to focus on the goals I have defined after this experience: become fluent in English, do an exchange program in Canada in a year or so to keep studying and developing — I want to become a great programmer.”